Hello, come to consult our products !

September 16-17, Yantai Shougang Dongxing Group Co., Ltd. held the “implementation of Shougang ‘sanchuang’ spirit of the meeting” cadres conference. 67 people attended the meeting, including leaders of the group, senior executives dispatched by the group’s overseas investment units and middle-level cadres. The meeting was presided over by Lin Xifeng, the first deputy general manager of the Group.

The meeting was conducted in the form of observation, exchange, discussion and summary. On 16th, participants visited YSD, pipeline company, YDPM, electrical equipment factory, mold company, YSM industrial park and Fushan plant, manufacturing one, electromechanical research institute, East Star Industry, three manufacturing units, forging plant, material supply department and electroplating plant. Subsequently, the management department of the group reported the overall operation situation of the group from January to August, annual index forecast and the “12th Five-Year plan”. In the afternoon of 16th and morning of 17th, YSD, Manufacturing Department, management department and other 18 units and departments attended the meeting reported in turn, introduced the indicators and key work of the unit from January to August this year, annual indicators forecast, the “12th Five-Year” development plan.

On The 17th, the participants discussed in groups and talked freely about the experience and understanding of the meeting. Yantai Shougang Dongxing Group Co., LTD. Chairman, general manager, Party Secretary Du Baodong made an important summary speech at the conference.

Du general manager in his speech, pointed out: the conference is learn under the new situation, study, change idea, the assembly of enlightenment thought, increase your energy at a time, to seek greater development of the assembly, and solidarity, create a new situation of east star work, complete the “twelfth five-year” plan target of the mobilization meeting, will certainly become dongxing once again it is of great significance in the history of the success of the conference.

General manager Du said: we are deeply impressed by the leadership of each unit never satisfied, never slack, never give up, the courage to forge ahead of the strong desire for development. Everywhere I went, I saw a busy scene full of excitement and prosperity. Everyone was seizing the opportunity to develop rapidly. All this shows that the Development of East Star Group is full of momentum, great potential, all units are ready for development, showing a vibrant good scene.

Leaders of all units with their heart, brain, hard work, do the cause in a down-to-earth way, reflects a noble ideological realm and broad mind to do great things, great cause. Want to do, will do, do well can be reflected everywhere, we have created countless bright spots in their respective positions. Since the beginning of this year, the business situation has been extremely grim. We have overcome the impact of the Earthquake in Japan, the rise in the price of raw materials, the tight financial policy, the rise in labor and electricity costs, the greatly reduced profit space and many other difficulties. All the indexes of the group have experienced significant year-on-year growth, and the target for the first eight months has been achieved as planned. Through active efforts, we fully achieve the company’s 2011 business objectives within sight of victory.

When talking about the target of the 12th Five-Year Plan of the Group, General Manager Du pointed out that the 12th Five-year Plan is an important opportunity period for the development of East Star Group and a key stage for our business from entrepreneurship to excellence and strength. We must firmly seize the opportunity, make a vigorous effort to build on the success and speed up development. We plan to achieve revenue of 6 billion yuan and profit of 450 million yuan by the end of 2015. The 12th five-year plan guiding ideology is: “with scientific development as the theme, to speed up the transformation of the mode of economic development as the main line, in order to first-class products, first-class management, first-class environment, first-class efficiency as the goal, do big business and stronger, the coordinated development of multi-industry, east star brand, improving the comprehensive competitiveness, make the east star group on a higher step”.

Du stressed that the key to achieving the goals of the 12th Five-Year Plan is confidence, responsibility, clear thinking, detailed objectives and tasks for phased work, reliable and effective measures, and relentless implementation. In order to implement the spirit of this meeting, President Du put forward several requirements for the next step:

First, we need to keep a clear mind at all times, pay close attention to changes in the economic situation, be well targeted, take effective measures, and deepen the work of “three innovations”.

Second, we will increase investment and development in science and technology and continue to carry out scientific and technological innovation.

Three is to rely on the quality of survival, rely on reputation to build the brand, the user’s requirements as the standard of our work, establish their own reputation, aiming at the industry leading, the pursuit of excellence, the first class.

Fourth, we should continue to make great efforts in the fine management, make abacus and calculate accounts carefully in all aspects of the enterprise’s business activities, so as to realize the maximum benefit of the enterprise.

Fifth, it is necessary to strengthen the construction of talent team, so that outstanding talents come to the fore, realize the full use of talents, and constantly inject new vitality into the development of East Star.

Sixth, we will continue to deepen structural reform and constantly adapt to the new requirements of the market economy.

Seventh, we need to make rational use of funds, put idle assets to work and enhance liquidity.

Du especially emphasized that we should comprehensively strengthen the construction of corporate culture, drive the development of the company with advanced culture, and promote the progress of the cause with the power of spirit.

Corporate culture is the sum total of the values, group consciousness, work style, code of conduct and way of thinking with the characteristics of the organization that are formed in long-term practical activities and are generally recognized and followed by the staff. No matter how excellent a company or how advanced a product is, it has its life cycle. It always goes through the process from weak to strong and then to decline. This is an objective scientific law that no one can escape. However, the culture of excellent enterprises can last forever, and the East Star culture is the brightest symbol in the development history of the East Star.

We have been advocating and dongxing spirit, as the core of enterprise culture, it is based on our own specific nature, task, purpose, time request, and the development direction, and carefully cultivating and formed the spirit of all cadres of staff, can be said to be the east star of us a character, the formation of it is by no means, seize the day because we have rich historical background, from the depths of the mountains built three lines, to experience relating to the difficult period of hard times and long-distance move, we through generations of tenacious struggle to get a better life today. In recent years east star development at the same time, we are constantly to the East star culture into new elements. In particular, enterprises continue to build core competitiveness, the ability into literacy, literacy sublimation into our culture. At the end of his speech, Du encouraged the general staff:

Accumulate ten thousand dust become mountain, hui thousand flow to the sea, the development of East star group cannot leave the joint efforts of the cadres and workers of each unit. Now the 12th Five-Year plan has been launched, I hope that we can write in the history of the development of the East Star a pen, in the next five years or even longer than the benefit of the good, large scale, fast growth, strong strength, who can carry the flag of the East Star to run in the front, fight to be the first vanguard. For a better tomorrow, let’s work hard together, aim at the target, pluck up the courage to sweat and passion, to create a better future for East Star together! 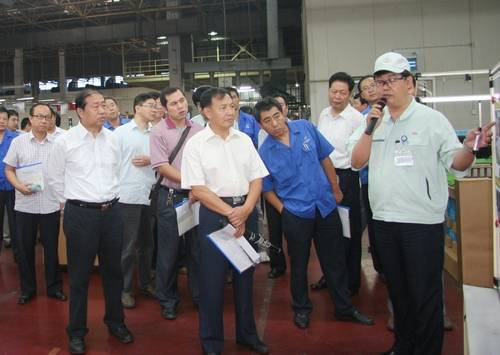 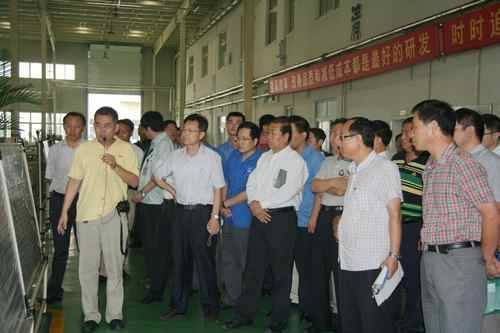